This is going to be kind of a short post because I’m trying to err on the side of caution when it comes to whining too much. Someone who shall not be named but who most likely has a point mentioned that I should stop being so sad on this blog all the time, since it might drive readers away from me and toward something awful like a life of crime or a marathon viewing of a Stamos montage on Youtube. *Shudder.*

The same person also mentioned that I should think about taking this blog away from the baking route for a while and maybe focus on something else, like restaurant reviews. As much as I love and care about and respect this person, that’s a wack proposal son. Take it down to Yelp, and leave me to my messy kitchen. ONWARD! 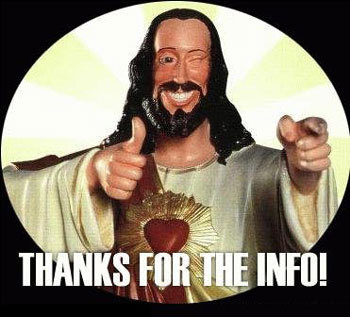 So a coworker of mine mentioned that she’d made a rhubarb strawberry crisp recently, and couldn’t believe how easy it was to bake. By chance I’d bought a few stalks of rhubarb a couple of days before, and finally decided to cowgirl up and use them. I’ve never, ever had rhubarb before and was a little bit nervous as to what exactly to do with it, especially after the damn things needed to be rammed into my fridge diagonally since they were so long. But, fear not, few and very dear readers of mine! These things are easy-peasy to work with. Let’s roll! 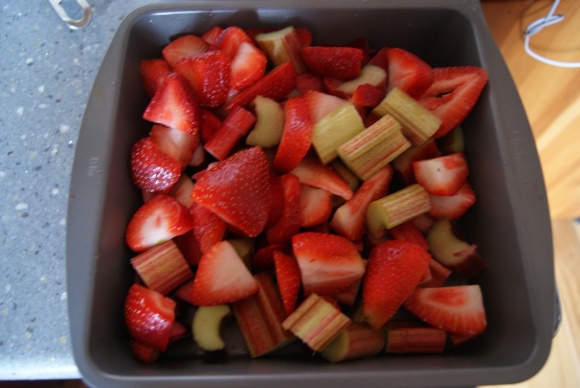 1/2 cup of granulated white sugar (you’ll see that I reduced the sugar by half…if you want your crisp a little sweeter you can up it to 1 cup, you daredevil you)

1/2 cup of butter, melted and cooled

Preheat the oven to 350°F, and grease an 8×8 inch baking dish. In a large bowl, combine rhubarb, strawberries, white sugar, 1/3 of your flour and cinnamon. Spread mixture evenly in baking dish. Oh hell, I’m just going to save you a bowl and tell you that I lazily did all of these steps IN the baking dish and it was fantastic.

In another bowl (or, in a bowl if you’re lazy/smart like I am and didn’t use one for the above), combine remaining flour with brown sugar and oats. Stir in butter and mix well. Spread evenly atop fruit mixture, then send into the oven until the fruit filling starts to bubble over a bit, about 35-40 minutes. 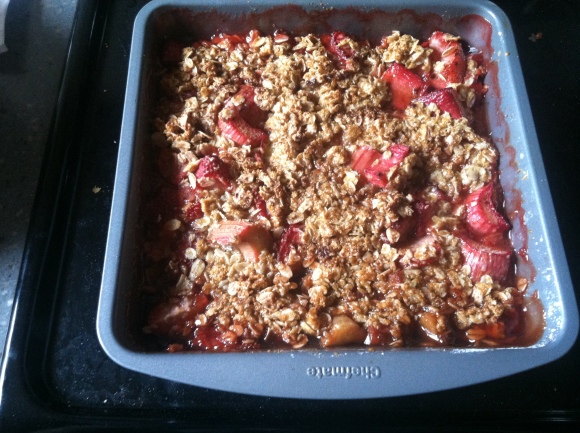 Serve in small, quaint bowls with adorable dollops of ice cream or banana gelato (spoiler alert: the latter RULES ALL OF EARTH).

I think this was my first attempt at a crisp, and it must be idiot-proof because I could not have screwed this up if I tried. I may have even inadvertently tried, and it was still amazing. I’ve also tried different variations, taking the flour out completely, using sliced plums instead of rhubarb + strawberries, using a little less butter…and NOTHING made this suck! It’s a wizard of a treat.